Francesco Giusti (Italy, 1969) is a documentary photographer oriented toward the investigation of contemporary, social and identity related issues.

He has explored different approaches: from photojournalistic essays to portrait stories to long term documentary based projects.

He has worked primarily in Africa, in Europe and the Mediterranean, in the Caribbean region and in Latin America.

He is co-founder of Liveinslums , an NGO focusing its efforts in favor of the informal settlements and the critical areas in great cities, carrying out development and applied research projects with a multidisciplinary approach.

He collaborates with Prospekt Photographers. 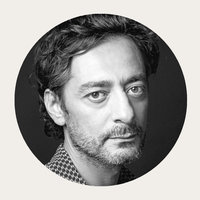 .
© 2020 Francesco Giusti. All rights reserved.
Made with Viewbook